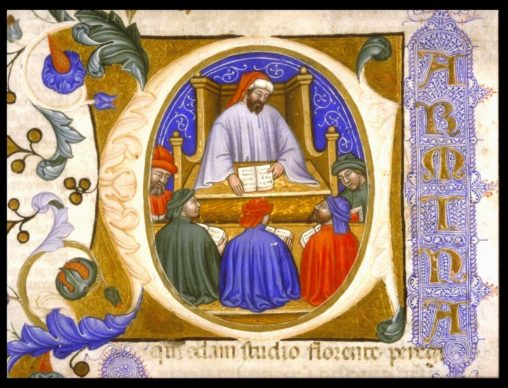 The Consolation of Philosophy–Boethius was the smartest person in 5th century Rome, the leading expert on Aristotle and Plato, a walking encyclopaedia of Roman literature, and a writer of treatises on diverse academic subjects which were used as textbooks at Oxford University as late the 18th century. But we will not be looking primarily at Boethius the highbrow intellectual, we will be looking at Boethius the man, whose Christian values – such as defending Christian truth and the falsely accused – shaped the way he led his life and ultimately led to his unjust imprisonment and death. What was the relation between Boethius’ philosophy and Boethius’ life? Can philosophy really make a difference in situations of the utmost difficulty and suffering?
Host David Nolland will lead the discussion to explore the character, ideas and faith of this fascinating individual who is a bridge between the world of antiquity and our own.
When: Monday, 6 February 2017 from 7-9PM.

Location: All Bible+ Club discussions are held at the VCC Meeting Point, Untere Donaustrasse 39/3, 1020 Vienna. Light refreshments are served! You are welcome to bring something to share.