To receive another at any depth, we must first receive ourselves in depth.  Receiving ourselves requires a spirit of forbearance, i.e. kindness and patience.  In this spirit we are enabled to receive others.  How we see and respond to ourselves and others will shape our relationship with every person we encounter. Jesus said “love other as you love yourself” seek well-being and giftness of life of all persons.

In the name of the father, Son and Holy Spirit, Amen!

The VCC has supported Project Centipede (Projekt Tausendfüssler) for many years. Project Centipede, a registered Austrian charity, was founded on 3 March 1990 in Vienna to aid Romanian orphans. Over 400 children in Romania benefit from the donations of banana boxes filled with food and hygiene articles, school supplies, clothing and shoes, as well as the provision of fresh milk to the orphanage children.

Two trips per year are made to deliver these boxes to the the Sânmartin/Csikszenmárton orphanage, four elementary schools in Mercurea Ciuc/Csikszereda, and a school for mentally handicapped children and youth in Olteni/Oltszem.

Please help us to continue our support of these children, as it is only possible with the support of individuals, churches and other groups who are interested in the welfare of children.

The next Project Centipede trip to Romania will be on 4 November, and we invite you to join us to give the children your love, as well as the gifts we have for them.

We are collecting the following for the November trip:

The “Banana box” contents for an orphan child should include:

We can pick up your donations at the VCC at latest Sunday, 18 October 2015 following the Service. For any questions, please contact Louise & Heinz at:  0664 761 1546 or pickart.hl@utanet.at.  If you would like to join our Team for this trip, please let us know. 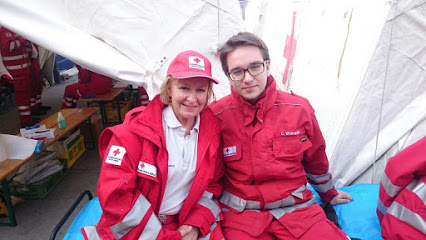