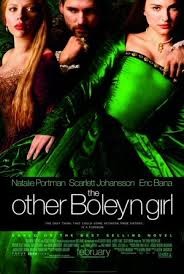 The Other Boleyn Girl

King Henry VIII lacks an heir. Seeing this as an opportunity for personal gain, the Duke of Norfolk and Sir Thomas Boleyn persuade Thomas’ daughter Anne to seduce the king. But Henry falls in love with Anne’s sister, Mary instead. When Mary becomes pregnant, she’s confined to bed and charges Anne keeping the king from straying — but the plan backfires when Anne seeks the king’s affections for herself.

In the words of Marisa Gabriella:  A sumptuous and sensual tale of intrigue, romance and betrayal set against the backdrop of a defining moment in European history: two beautiful sisters, Anne and Mary Boleyn, driven by their family’s blind ambition, compete for the love of the handsome and passionate King Henry VIII.

Details: The Film starts at 7 p.m. Come at 6.30 and bring food. Drinks and popcorn will be available.