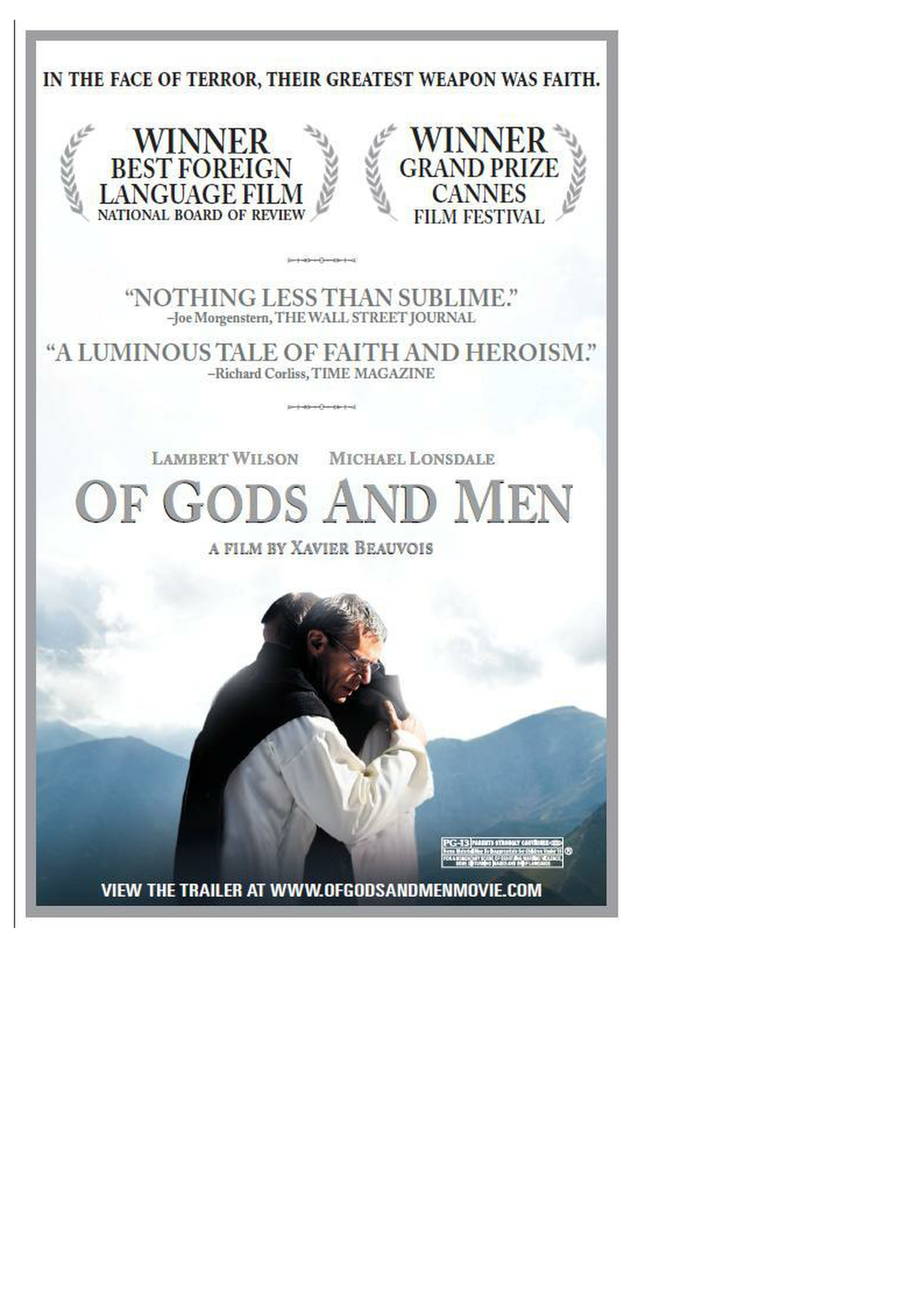 LAST FILM BEFORE THE SUMMER BREAK!

Loosely based on the true story of a group of Trappist monks of Tibhirene in the mountains of Algeria during the Algirian civil war, this excellent film won the Grand Prix at the 2010 Cannes Film Festival. The viewer observes the quiet life of the monks among themselves and their friendly interaction with and assistance to the local villagers. This peaceful life is disrupted with the arrival of Islamic fundamentalists and the difficult discussions of the brothers whether to stay or go.