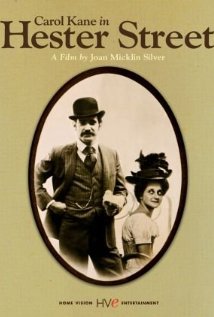 Plot: This charming, little-known film, set in 1896, deals with assimilation. Gitl, with her young son, arrives from Europe to reunite with her husband, Jake, who lives in New York’s Lower East Side. The film focuses on Gitl’s challenges in giving up her old-world ways and integrating and adapting to her new life in the United States.

Based on Abraham Cahan’s 1896 novella, Yekl: A Tale of the New York Ghetto, the film stars Carol Kane, Steven Keats and Paul Freedman. In 2011. Kane was nominated for the Academy Award for Best Actress. Hester Street was added to the National Film Registry of the Library of Congress. .